Sex in the summer! A cause for concern!

Sex in the summer is more frequent. It can be a cause for concern if you haven’t got your cystitis managed properly. Sex in hot countries is very much more frequent. The men want more of it and the women comply. Sexual cystitis is still the commonest cause of this painful and fearful problem for women, worldwide. So much can go wrong and cause infections. Read the middle section of my book for many of them but individually, people have sex in many and varied ways! 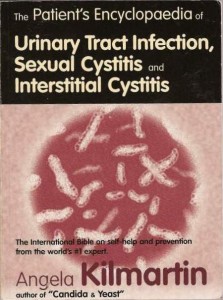 African and Arab countries have a sexuality very different from more temporate climates.  Cooler body temperatures can keep libido in both sexes in the western world lower. Africans and Arabs have much more intercourse  as a result of heat.

Alcohol consumption increases body temperature and increases libido with a resulting sexual urge. Men’s sexual organs are mostly outside the body structure and are heated by the outside temperature climate. Alcohol heats up from inside and hot air from outside making sexual activity very likely. Men in temperate climates under the influence of alcohol become heated and sexually aroused.

Its what happens then that can cause female sexual cystitis or urinary tract infections. The germs that cause UTI’s come mostly from the woman’s anus. Maybe the penis is already strongly contaminated, too. Poor male hygiene is very common I’m afraid. Toilet paper and wiping is not a high priority for men! Additionally,

there’s any relevant, or present, sexually transmitted disease which can also cause cystitis and UTI’s as secondary symptoms. Most such diseases do infiltrate bladders, either male or female.