What’s a swab and what’s a smear? How do they connect with cystitis?

What’s a swab? is too often asked of me. What’s a smear is less often asked because of its connections to finding any cancerous cells. Are they the same then? is the swab the same as a smear? How do they cause cystitis or UTI’s?

No, they are taken for different reasons. Each test is easy to take but goes to the lab for an entirely different reason. Each uses a long ‘ear bud’ to reach high into the vagina.

‘There’s a small polyp but we won’t bother doing anything to it’! Oh yes you will!! A polyp harbours bacteria and fungi which drip down and create a low-level infection all the time, a chronic bladder, urethral , or vaginal infection. If you suffer from constant pain in your bladder or pelvis then get that polyp done away with.

How is this achieved ?

Either by burning it away which is called cautherisation // cauthery or by cryosurgery-  freezing it. This same process clears an erosion as well as a polyp. I advise a good couple of favourite painkillers before this. Sometimes its painful -others, its more a sensation. In each case you might need the treatment done twice because both sorts of growths can have  a bit of root and that needs to come away too. Nothing wrong in asking for a day surgery unit to deal with it so you can relax altogether. BUT get it dealt with! Then get it checked about six months later. It can re-grow a bit and symptoms return.

So what’s a smear then?

Same again. On a long ‘ear bud’ doctor or nurse will gather cervical fluids and send to the lab. But this time the lab will only be checking for cancer cells. If though , there’s a clear amount of infection of some sort the lab would report that though the doctor seeing a lot of redness and fluid, would probably take a swab of it as well. Then two lab reports would be coming back for discussion.

A need to ASK for a swab

Most unfortunately, doctors fail to value the use of a swab when dealing with cystitis patients. But bladder and vagina share their end opening together and what affects one will often affect the other.

How can drippy vaginal germs cause cystitis?

Drippy germs from the cervix and vagina will certainly affect the urethral opening and cause ongoing soreness, pain and flare-ups of urinary tract infections.

Much more info is in my big book The Patients Encyclopaedia of Urinary Tract Infection, Sexual Cystitis and Interstitial Cystitis. You must know about your own illness these days and mastermind your investigations with help from my book. 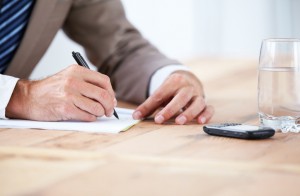